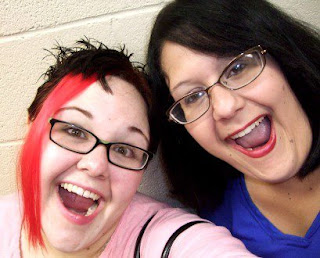 Author Bio:
23 year old Megan Wilson and her sister Halita, 27, grew up in a military home where their father was out to sea a lot with the Navy. Because of this they moved a lot which made it hard to get to know people and make friends. Since friends were few, they became best friends and developed wonderful imaginations with the help of their mother. Never letting their situation take away their fun spirit they began to write individual books until one day two church friends asked them to write a play for their bible study group. Halita and Megan combined forces and created a play that was hilarious. After the bible study group heard it and they realized just how much fun they had writing the play - they decided to create the Oooka Chewobie series just to make people laugh. Even though they enjoy writing stories together, they are also branching off on their own. Halita has a poetry book out and Megan has two Children's books out as well as a Young Adult series in the works. No matter what happens and no matter where they go - their love for each other and for writing will always be a part of them. Through thick and thin these sisters have each other's backs.
-Interview- 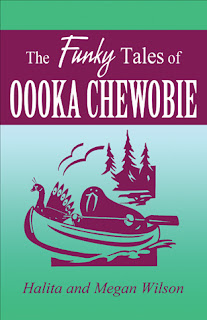 Tell us a little bit about your books.
Oooka Chewobie is a hilariously random made-up world. Taking parodies of celebrities, the writers have created a world where their online friends and family can meet and fall in love with their own celebrity. Each chapter is a different short story about how two specific characters meet and fall in love though it is never quite what you are expecting. Always expect the unexpected with Oooka Chewobie for anything goes! The writers are planning on writing another three volumes - the first two are already published and ready to be bought.

When did you first know you wanted to be a writer?
Megan - I never really thought about being a writer until I was in middle school. There I met my best friend Samantha and we just started writing books together. After writing them, we destroyed them but I realized that I enjoyed writing a lot. So, once I realized that I just kept writing though often struggling with writer's block. Even still I have at least fifteen unfinished stories sitting in my notebooks around my room.
Halita - When I was five I used to tell crazy stories and ever since I have wanted to be a writer.

What would you say is the hardest part about writing a book?
Megan - Hardest thing is actually finishing the book, but it is worth all the writer's block and annoyances just to be able to hold your book in your hand and be like "I actually did it!"
Halita - Writer's Block is the hardest part! It is evil! 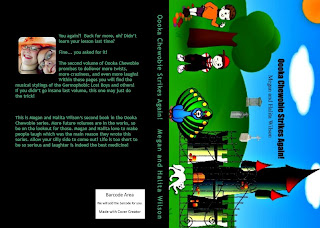 What would you say is the best part about writing a book?
Megan - There are two parts that I love about writing a book. One is the emotions that people feel when reading the book and the second is just conversing with the characters. It may sound weird to people who are not writers, but characters talk to you. They tell you what they like and what they dislike, what they want to be changed and what they agree with you about. I have fights with my characters all the time and yet they normally are the ones who win for it is ultimately their story to tell. Again, you would have to be a writer to understand what I am talking about, but the characters are probably the best part of writing a book. You grow to love them and some you grow to hate - they become sort of like family to you.
Halita - Getting to be creative and using my mind in a very weird way. Not having to have people understand me.


Where do you get your inspiration?
Megan - I get my inspiration from everything. A song will play on the radio and boom I have an idea. I have a strange dream and boom there is another idea. Although I can't lie, most of my inspiration comes from the people I come in contact with every day. It may be something as simple as an older couple walking hand in hand at the mall and I could make a story from it. A lot of my stories have characters that are very similar to people I have known in my life.
Halita - From everything!


Are there any authors you look up to that influenced your writing?
Megan - Stephenie Meyer. I know a lot of people have varying opinions about her, but I love the fact that she just wrote a book and never expected it to blow up like it did. I am not saying I am expecting to become famous or anything like that for that is just crazy, but I love the fact that she was just a normal person who wrote a book. One of the main character in the Oooka Chewobie series is Rabbi Polar - he is based on Robert Pattinson who I would never have gotten to know as an actor if not for Twilight. Also, because I am a Twilight fan - we have stuck little shout outs to the series in the Oooka Chewobie series. Now they aren't very noticeable, but if you are a true fan, you could pick up on them. So, while Stephenie didn't really influence my writing - I do look up to her.
Halita - Emily Dickinson.


Do you have any advice for aspiring authors?
Megan - Just write what you enjoy writing about. Who cares if it is not something everyone will enjoy. First and foremost write for yourself. Don't write to become famous - write for the joy of writing.
Halita - Keep following your heart, use your imagination, ignore the haters.


What sort of activities do you enjoy outside of writing?
Megan - I love photography and am currently taking lessons. I also enjoy knitting, watching television, reading, playing games, spending time with loved ones. Laughing, dancing, and singing as well but the dancing and singing are only at home as I don't like people staring at me.
Halita - Playing board games, reading, working, going to school.


Say you fell down a rabbit hole and found yourself in a world much like the one in your book. What would be the first thing you’d do?
Megan - Oh my goodness. There are just so many things I would love to do in Oooka Chewobie, but I think the first thing would be to go find Rusty the Walrus and hang out with him. He is a delightful character that would make for a fantastic friend. So yeah, I would go find and hang out with Rusty.
Halita - Probably run around and find Roxie Moonshine to explore her cave of doom or I would go dancing with Rabbi Polar!